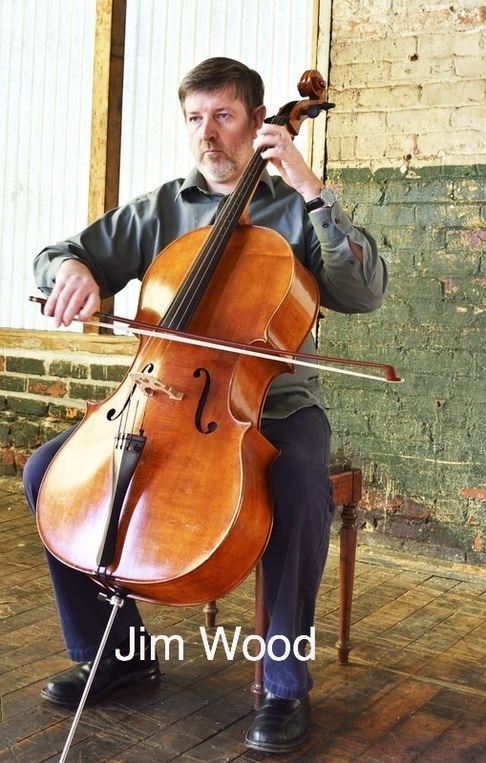 Jim, the five-time Tennessee Fiddle Champion and twenty-eight year veteran of the professional Nashville music scene, performs on fiddle, mandolin, banjo, and guitar with the highlight being virtuoso fiddling in the old-time, Celtic, and swing styles.  Jim started fiddling at age ten and was fortunate to have some really strong music around him from early childhood. The local grassroots scene where he grew up was incredible, and some of the best professionals in Nashville lived in his neighborhood. Buddy Spicher and Hoot Hester were only a short piece away, and through them he not only met about every fiddle legend you can mention, but Jim also learned what kind of musical standards the word "professional" implies.

His dad, Jimmy, has also played a huge role in Jim’s musical life. He is an excellent rhythm guitarist, and they went to literally hundreds of fiddle contests together over the years. These competitions were enormously important to his development. Jim got to hang out with some of the best older players like J.T. Perkins, Benny Thomasson, Dick Barrett, and Frazier Moss, Jim competed against and became good friends with the best fiddlers of his generation.

Jim had years of formal training and went to Berklee College of Music to study jazz theory, but he claims “I am really just a country fiddler at heart and standard old tunes give me a feeling that few things can touch, and I want to give something back by sharing it with others”. Toward this end, he has always devoted a part of his schedule to teaching, and has had the honor to help out many talented young players.