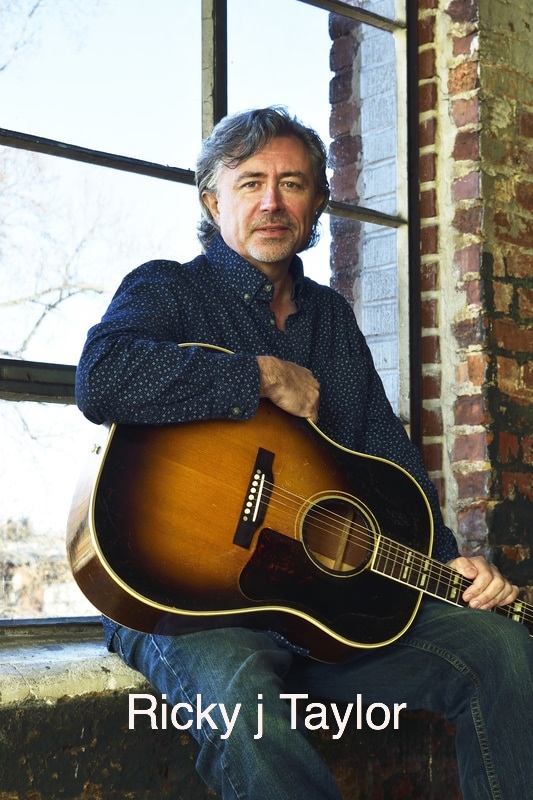 Growing up in Kentucky, music was a part of the family and the family tradition with dad, brother and sister all playing and singing. Ricky’s original music is often born from matters of the heart in the true Southern tradition.  Ricky has been on some big stages in traditional/roots bands including notables such as Claire Lynch and eventual Grand Old Opry member Mike Snider.

He has appeared on nationally syndicated shows including Heartland Network's "Dugger Mountain Music Hall", CMT's "Most Wanted", TNN's "New Country" and the "Earnest Tubb" radio show and has performed on the “Lucy Opry” in Memphis along with many notable Bluegrass festivals.

In 2013, Ricky recorded "A Journey To Here", a selection of his original music. This album was the genesis of the recently formed "Ricky j Taylor and the Live Roots Ensemble". He has also recorded with noted Nashville Bluegrass artists Mike Snider and David Luttrell as well as local Jazz/R&B artists Randall Powell and Jim Cavender. He performed on both of the CDs by “Walker Street Opry" Bluegrass band.

Ricky biggest influence is his father JB Taylor who is a master of traditional Bluegrass. Ricky’s stage experiences started as a bassist and vocalist in the band “Cross Country” which included notable members Mike Snider and the late Charlie Derrington. This group toured the southeast playing many Bluegrass band contests and festivals winning 1st place in 18 of 22 band contests, including twice Tennessee State Champions. He later played with “The Gibson All-stars” which was sponsored by Gibson Guitars. From 2002 through 2005, Ricky toured across the USA with award winning artist Claire Lynch playing bass and singing harmony.